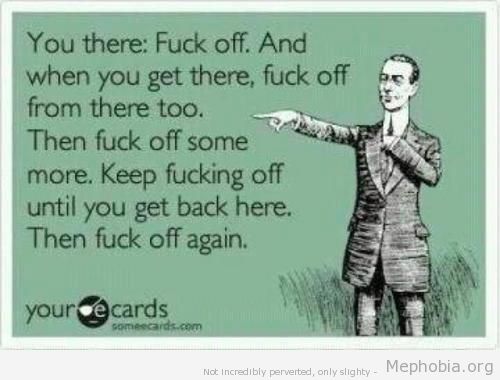 Yeah it’s another semi Facebook rant, but it’s also a few words on a small triumph.

My rant begins with the number of people posting the “STOP DOING THESE THINGS ON FACEBOOK” posts. Stop posting about your kids, your food, your bowel movements. Stop bragging with your holiday snaps. Stop remembering people who died a million years ago. Stop this, stop that, stop communicating on a social network platform. 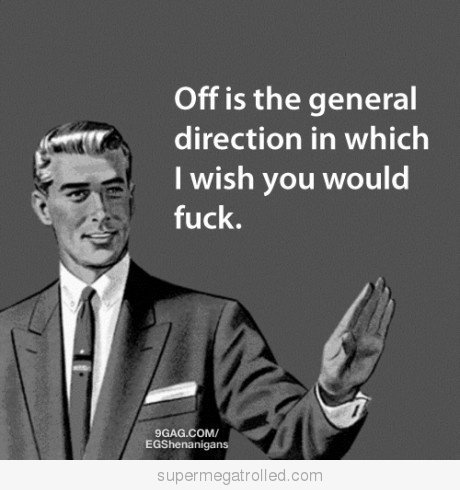 You know you can shut that shit down, right? Lord knows I’ve done it enough times over the last few weeks. I open Farcebook, looking to see what’s going on with the wedding world, or to see what my awesome mates are getting up to, and come away wondering if I’m actually allowed to post anything on a social platform designed for POSTING AND SHARING. I discovered several wonderful features, maaaaaany months ago. Hide/block/unfriend gets used a lot. As does “do you wish to close this browser?” Why yes, Google Chrome. Yes I fucking do, since everyone is in a shitty mood and I’m supposed to NOT SAY ANYTHING.

But my rant comes, because today I posted this.

I’ve written about my determination to get them into private school many times before.

Now, my friends who give a shit, will know I have been stressed to my goddamn EYEBALLS in the past, trying to sort out good schooling for The Smalls. Their current school is painful. In the last 3 months, I’ve had to rescue Noah’s reading. He’s gone from crying every time I tell him it’s time to read a school book, through to requesting 5 minutes at bedtime to read several chapters of his own books. He despairs with school books. Here at home, we can’t give him enough to read; I’m pre-empting what the hell he could read next. Providing Isaac isn’t in mental crazy-boy mode in the mornings, they both read for 15 minutes when they wake up.

Noah comes home with weekly maths tests, with which he gets no help at school. We, his parents, have no idea of the point of them, what they’re trying to achieve, how we are to help him, IF we are allowed to help him, how often he is to do them…no help. We have no idea. So when Noah came home with the same test again for the umpteenth time because he didn’t get the answers right at school, he was obviously in tears. He’s borderline hating maths. It’s only thanks to twinkl (that site has been a SAVIOUR, that’s for sure) and me saying “fuck it, school, I’m going to teach him MY way”, he has FINALLY clicked how to work through the test with much less help. Was I supposed to help him? Fuck knows. Support from school has been minimal; The Mr and I are still in the dark.

We understand that with the education system the way it is at the mo, you get what you pay for. I know perfectly well that state schools are stretched to stupidly ridiculous levels, and the majority of children are just not getting the full help and care needed. Teachers are being pushed to absolute limits, and many are in the dark on their subjects, as a result. I know; I’ve taught in schools. So, the aim is to send them to private school, to give them the absolute best education we can afford to give them. The schools in our area are not able to give us what we need. I don’t expect my boy to end up in tears every time I ask him to do numeracy or literacy.

Fyi, this morning he said to me “You know, Mommy, I feel much better about my numbers now that you’ve helped me. I think it might be a bit easier now.” Geeze. And if I had stepped back because I had assumed I was not allowed to help? What then?

Anyway. I posted that facebook status, because I am really goddamn pleased to feel that I’m doing all I can to help his education. It is a BLOODY BIG THING to me, making sure that they are BOTH educated people when they grow, with a sense of self, good intelligence, and sound knowledge of important subjects. And of course, rightly so, I’m goddamn proud of my children. So why did I feel immediate guilt when I posted it? Why did I feel that I had to justify posting what I posted?

Why did I think to myself, the actual words, “shit, I better clarify that, as I don’t want people to think I’m bragging about getting them into private school. Hell, maybe I should just delete it?”

I really don’t like myself for thinking that. I wanted to share something with my friends, with people who I thought might give a shit, people who might be mildly interested with our progress, people who are family and want to know what’s going on…it’s my Facebook page and it’s how I let people know stuff. People who care.

I’m bloody proud of my kiddos, I’m a foodie, I like photos, and I’m a bloody chatty person. Sooooooo I guess people are going to have to exercise that “STFU” button a little more often where I’m concerned. And now the sun is shining which means it’s time to go outside and play with another camera.